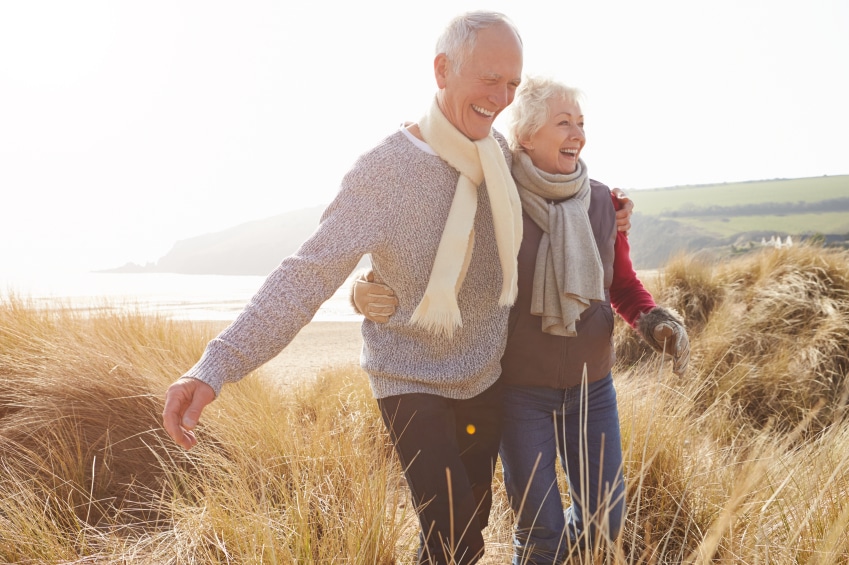 Posted by Kimberly DeProspero in Health and Happiness 05 May 2015

I recently read an article on Parade.com that challenged my perception of aging. I turned 50 last year and was suddenly confronted with being ‘middle aged’. But was I really at the middle of my life? Could I expect to live to be 100?

After considering what journalist Dan Buettner has to say in his book, The Blue Zones Solution: Eating and Living Like the World’s Healthiest People, I arrived at the conclusion that age truly is a state of mind. Buettner has spent over a decade studying the healthiest, longest-living people around the world and found that the elderly are far from frail. People who live to be 100 or older are still working, riding bikes, socializing, having sex and enjoying life. What a legacy!

Did you know that there are 53,364 centenarians in the U.S. today? And that last year, a UnitedHealthcare poll found that out of 104 people in the Triple Digits Club, not one felt sad or burdened, or even particularly old?

Check out these 4 simple secrets to living a long, happy life, adapted from Parade Magazine. They are the most important longevity-boosting habits of centenarians around the globe. Implement a few, and you’ll stand a better chance of celebrating your 100th birthday.

I’m inspired, and I hope you are, too.

“Who you hang out with trumps just about everything else when it comes to your health,” says Buettner.

He found that the people who live longest surround themselves with people who support healthy behaviors, and uncovered especially strong evidence of the longevity-boosting effect of friends in ultra-old Okinawans, who form moais (rhymes with ‘doe eyes’)—groups of lifelong alliances.

Centenarians from Blue Zones also take advantage of the life-giving power of social connections in other ways: They belong to a faith-based community (attending services four times a month can add up to 14 years to your life, Buettner says) and have close-knit families.

“Extended families live near each other, if not together, and they invest time and energy not only in their children but in their parents, grandparents and life partners,” Buettner says. “Just committing to a life partner can add up to three years to your life, according to our research.”

The world’s most robust 100-year-olds stick with diets that are 95 percent plant-based, says Buettner.

“They eat a little meat, but mostly fish,” he says.

Blue Zones centenarians approach eating differently, too. Before every meal, Okinawans invoke a 2,500-year-old Confucian mantra, known as hara hachi bu, to remind themselves to stop eating when they’re 80 percent full. People in the Blue Zones also eat their largest meal in the morning and their smallest at night. As for beverages, most Blue Zones centenarians have a glass of wine a day—a habit that research shows boosts longevity.

Very old Blue Zoners share another trait: they have an activity, passion or career that motivates them and gives their lives meaning. The conclusion is that having a purpose in life provides a buffer against mortality, no matter your age.

Sense of purpose can come from a variety of sources, but volunteering is a common one. For some people, a sense of purpose evolves naturally—they discover they love singing in a choir, tutoring children or building model trains.

Having a sense of purpose might contribute to longevity by lowering the stress hormone cortisol. “Chronic stress leads to inflammation, which is associated with every age-related disease,” Buettner says.

What is unexpected: “They don’t exercise, per se,” says Buettner. “Instead, their lifestyles encourage physical activity.” They garden, bake bread from scratch and walk to the store or to work. Of course, structured exercise is healthy, too. If you don’t already have a regular routine, consider starting a walking moai for social support, relaxation and friendship.

Downsize your dishes | Nudge yourself toward eating less by using plates no larger than 10 inches.

Get more social | You don’t have to go far to bring more people into your life. Join a club or take a class.

Make movement a no-brainer | Take public transportation, maintain a garden, or buy a dog that needs a daily walk.